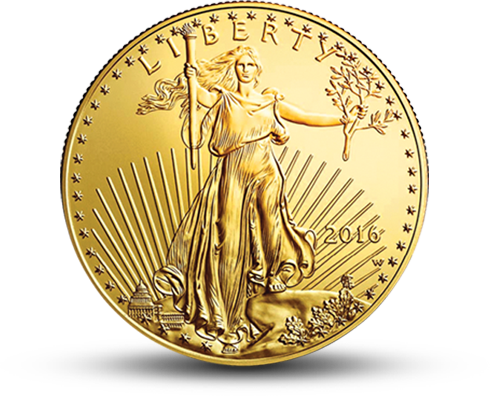 The American Gold Eagle is an official gold bullion coin of the United States. It was first released by the United States Mint in 1986. Offered in 1/10 oz, 1/4 oz, 1/2 oz, and 1 oz denominations, these coins are guaranteed by the U.S. government for weight, content and purity. The obverse design features a rendition of Augustus Saint-Gaudens’ full length figure of Lady Liberty with flowing hair, holding a torch in her right hand and an olive branch in her left, with the Capitol building in the left background. The design is taken from the $20 Saint- Gaudens which was commissioned by Theodore Roosevelt to create coins like the ancient Greek and Roman coins. The reverse design features a male eagle carrying an olive branch flying above a nest containing a female eagle and her hatchlings. 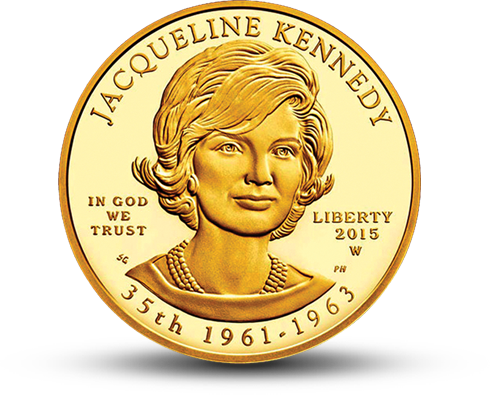 The United States is honoring the spouses of each of the Presidents by issuing half-ounce $10 24k gold coins featuring their images, in the order they served as First Spouse, beginning with Martha Washigton in 2007. The obverse of these coins will feature portraits of the nation’s First Spouses, their names, the dates and order of their terms as first spouse, as well as the year of minting or issuance, and the words “In God We Trust” and “Liberty.” Each coin will have a unique reverse design featuring an image emblematic of that spouse’s life and work, as well as the words “The United States of America”, “E Pluribus Unum”, “$10”, “1/2 oz.”, and “.9999 Fine Gold”. When a President served without a First Spouse, as Thomas Jefferson did, a gold coin will be issued bearing an obverse image emblematic of Liberty as depicted on a circulating coin of that era, and bearing a reverse image emblematic of themes of that President. 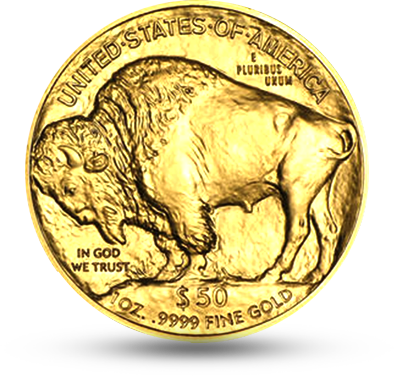 The American Buffalo design was born out of President Teddy Roosevelt’s quest to beautify American coinage into works of art at the beginning of the 20th century. As part of a drive to beautify U.S. coinage, five denominations of U.S. coins received new designs between 1907 and 1909. In 1911, the Taft administration decided to replace Charles E. Barber’s Liberty Head design for the nickel and commissioned a respected student of Augustus Saint-Gaudens, sculptor James Earle Fraser, to redesign America’s five-cent coin. Born and raised in America’s Midwest, Fraser was used to life on the American Plains. He used inspiration from his youth for the coin’s design which showcased the native beauty of the American West. Debuting in 1913, the Indian Head/Buffalo nickel was minted for 25 years until the end of the series in 1938. The Buffalo nickel became one of America’s most recolonized and adored circulating coins that every American would have carried in their pockets back then.