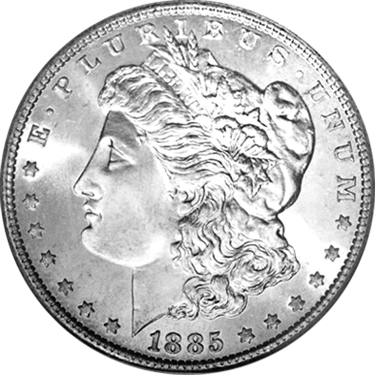 Morgan Silver Dollars are America’s most-collected coins. Minted from 1878-1921  The Morgan dollar is not only a work of art, it is also a coin of great historical significance. They have a rich and fascinating back-story where the coin exist due to an intriguing combination of silver discoveries in the West and political maneuvering.  The coin is named after its designer, United States Mint Assistant Engraver George T Morgan. The obverse depicts a profile portrait  representing  Liberty, while the reverse depicts an eagle with wings outstretched. 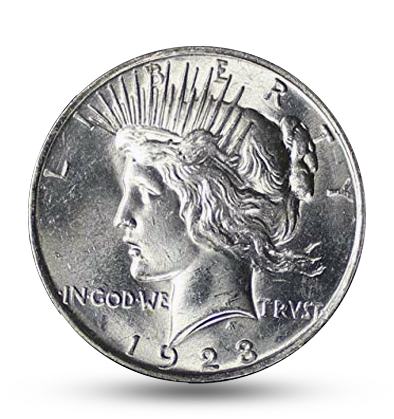 The Peace dollar is a United States dollar coin minted from 1921 to 1928, and again in 1934 and 1935. Designed by Anthony de Francisci, the coin was the result of a competition to find designs emblematic of peace. Its obverse represents the head and neck of the Goddess of Liberty in profile, and the reverse depicts a bald eagle at rest clutching an olive branch, with the legend “Peace”. It was the last United States dollar coin to be struck for circulation in silver. 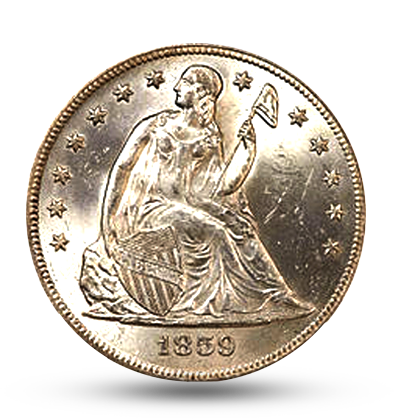 The Seated Liberty dollar was a dollar coin struck by the United States Mint from 1840 to 1873 and designed by its chief engraver, Christian Gobrecht. It was the last silver coin of that denomination to be struck before passage of the Coinage Act of 1873, which temporarily ended production of the silver dollar for American commerce. The coin’s obverse is based on that of the Gobrecht dollar, which had been minted experimentally from 1836 to 1839. However, the soaring eagle used on the reverse of the Gobrecht dollar was not used; instead, the United States Mint (Mint) used a heraldic eagle, based on a design by late Mint Chief Engraver John Reich first utilized on coins in 1807.